The main objective is to deliver a robust PNT (Position, Navigation, Time) solution, embodied in an User Terminal and compliant to the new smart tachographs regulations.
On the receiver side, OSNMA is complemented by additional GNSS spoofing detection techniques and IT security features, in order to meet the smart tachograph requirements and ensure a robust PNT.
The developed solution is validated against a full set of possible threat scenarios.
The project objectives are to:

The project delivers the hardware/software components of the:

Additionally, the project produces draft guidelines for the implementation of OSNMA in receivers, obtained from an extensive performance assessment campaign.

The User Terminal (UT) is a product, compliant with the new Commission Implementing Regulation (EU) 2018/502 of 28 February 2018, for the provision of trusted position and time using satellite navigation systems.
From a high-level perspective, the User Terminal is able to:

The following image illustrates the block diagram of the User Terminal 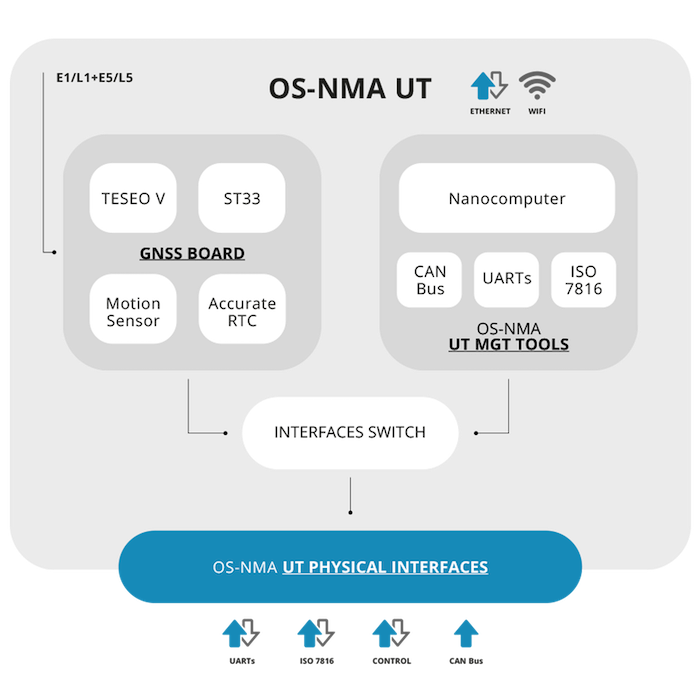 The User Terminal includes a dual-frequency L1 and L5 Galileo and GPS board, a module for the use of Galileo OSNMA, Sensor Fusion, a Centralized Authentication Management (CAM) software, tamper detection technologies, advanced GNSS spoofing mitigation techniques. The User Terminal features are complemented with a set of tools able to emulate a Smart Tachograph, provide CAN BUS interface, generate synthetic CAN data for simulation purposes and interface to the GNSS Board for configuration and loading of the OSNMA keys.
The following image illustrates the first version of the PATROL User Terminal.

The User Terminal can be seen as an External GNSS Facility (EGF) of smart tachographs. With respect to the baseline EGF, the UT shows:

The following image illustrates the default EGF blocks are in white and the novel blocks introduced by the UT in green. 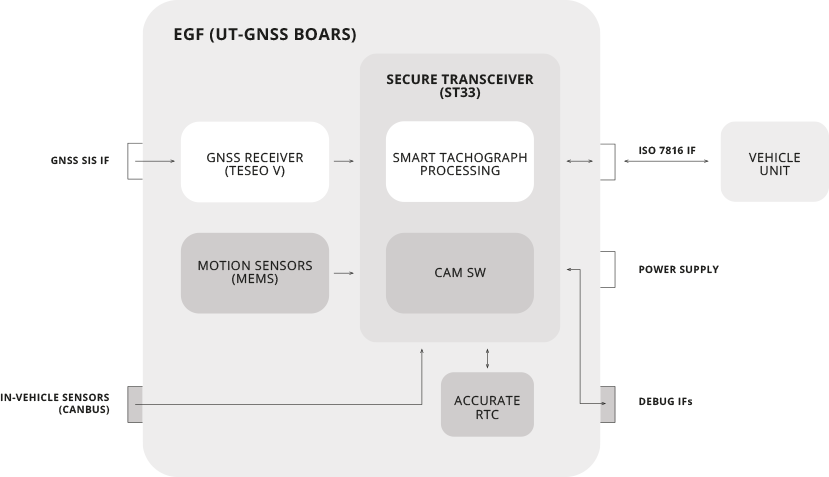 The User Terminal is controlled by a web interface which allows to: 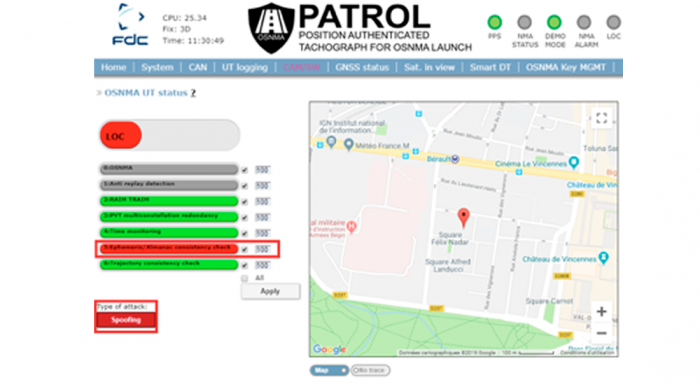 To complement OSNMA, a number of leading-edge and innovative anti-spoofing mechanisms are implemented in the User Terminal, including:

The following image illustrates the anti-spoofing techniques proposed in PATROL. 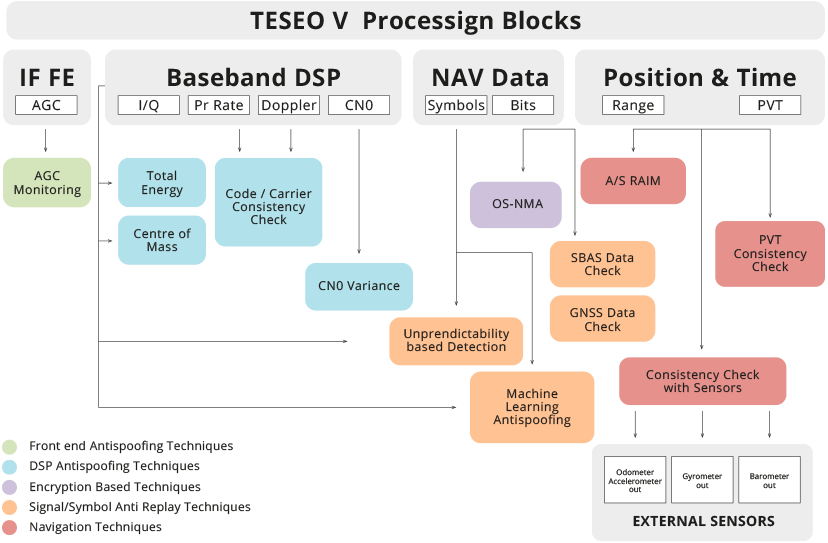 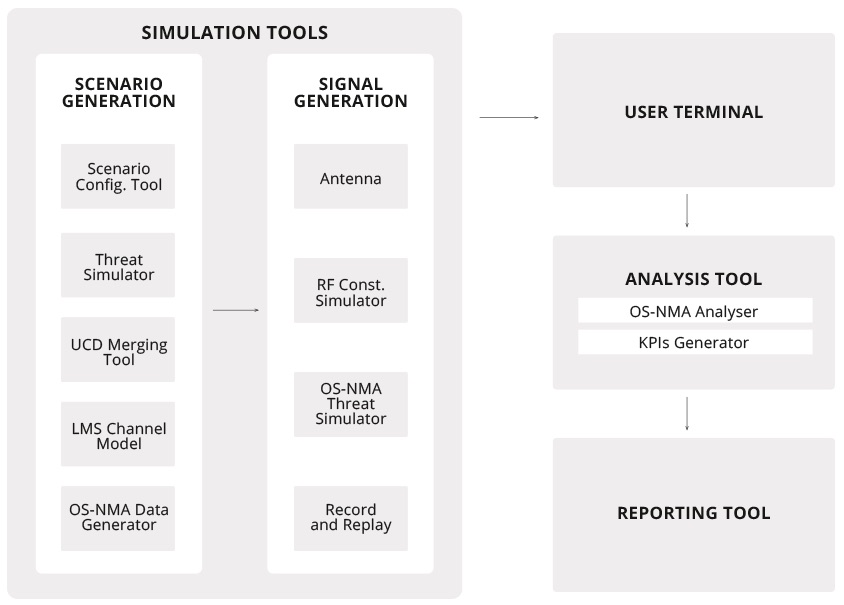 Status of the project

The contract has been kicked off in January 2018 and is divided in two subsequent Contract Stages (CS1 and CS2). The CS1 was succesully completed in May 2019. The CS2 has been kicked off in September 2019. The experimentation phase of User Terminal V2 is completed and the CS2 is expected to be concluded in December 2021. The following tests scenarios have been performed:

European experts together to develop innovation