Galileo is the European Global Satellite Navigation Satellite System. Similarly to GPS, it offers an Open Service signal which allows all users to calculate position, velocity and time free-of-charge.

Moreover, Galileo will provide a new features that allows to authenticate the data received from the satellite, contributing to increase the overall security of applications and services. This feature is called Open Service Navigation Message Authentication (OS-NMA) and is soon becoming operational, free of charge, for every user to benefit from. OS-NMA solves many of the current threats that poses at risk GNSS receivers in civil applications, and guarantees that the received Galileo Open Service navigation data is authentic. From the technical point of view, OS-NMA:

The introduction of OS-NMA contributes to strengthen the resilience of the PVT (Position, Velocity, Time) solution, in synergy with receiver based anti-spoofing mechanisms.

Since 2006, all European vehicles over 3.5 tonnes must be fitted with a digital tachograph, according to European regulations, with the aim to guarantee the safety and working conditions of drivers. Digital tachographs provide enforcers with a witness of the drivers’ driving times, break and rest periods.

After mid-June 2019, the use of GNSS (Global Satellite Navigation Systems) is mandatory in all new vehicles where the Regulation (EU) 561/2006 is applicable (commercial vehicles above 3.5t, or transporting more than 9 persons). The smart tachograph regulation requires that the GNSS receivers used by smart tachographs are compatible with the services provided by Galileo and EGNOS. GNSS receivers must be capable to support the upcoming Galileo Open Service Authentication (OS-NMA) when it will be provided by Galileo and supported by GNSS receiver manufacturers. 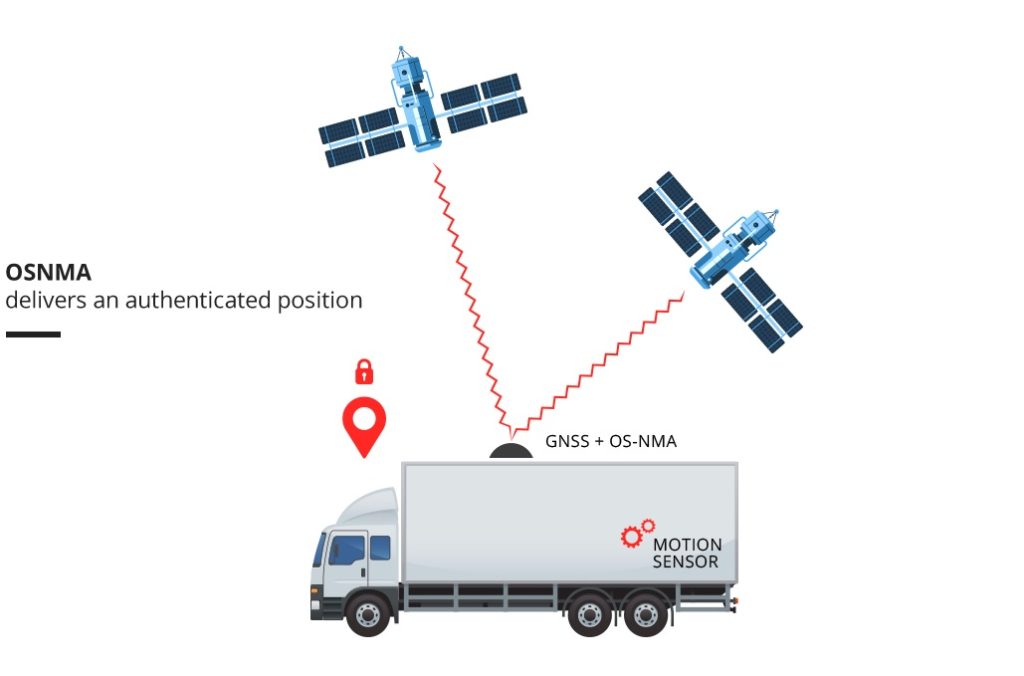